But where's the heart, Mr Nolan?

Inception is a house of cards. A dazzling house of cards, to be sure. But still, at any given moment, only a breath away from collapsing under its own terrible weight. I admired the craft in this film, I am in awe of its technical achievements and I genuflect in reverence to the originality and sheer ambition of this movie. But I have been moved more by a twenty second life-insurance commercial on television. And more intellectually engaged by the crystalline clarity of a Calvin and Hobbes comic strip.
Inception arrived in theaters this summer already canonized as the most important thing to happen to cinema this year. 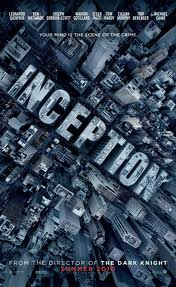