Plea to the GOUN (God Of Unexpected Nominations)

It is the night before the announcement of the 2013 Oscar nominations. 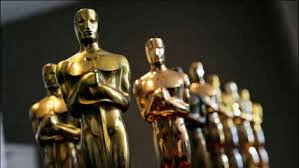 And the many pundits have as always provided a comprehensive handicapping of nomination odds in every category. Every slot in each nomination category has been intensely debated and predictions made, often with insight and passion. Over the past week, I have been eagerly reading content put out by some favorite bloggers and checked with some remarkable online sites that have worked through the odds in the major categories. The writers have bemoaned, championed, lamented, raged, anguished and conceded over many a name in many a category. And they have come up with their lists of who will be nominated and who should be nominated.

Listen, I know that within the parameters of the larger world, the Oscars mean precious little. And the fuss around the nominations means even lesser. But even so, for those who are passionate about film, this is the time of the year to be saying what needs to be said about movies. To debate the disappointments, to amaze at the unexpectedly good, and to most of all, defend our irrational (and less frequently, rational) favorites. How else to explain the sly but giddy joy that comes from judging another person based on their year-end best films list? Even as I type now, I am well aware that the votes have already been cast, and the tallies made. And the nominations are now just waiting in covert darkness a few hours before Chris Helmsworth announces them at the crack of dawn.

So what do I have to say at this juncture that hasn't already been said? I have a plea to the God of Unexpected Nominations. May he prevail this year. I know that when it comes to Oscar nominations, there is a wide, wide rift between those who deserve and those who get. Merit is only the third or fourth thing that matters, usually being overridden wholesale by politics, drum-beating, and past bodies of work. But even by those standards, a few names somehow slip past the studio and academy voting machinery every year and show up unexpectedly on the nominations list. Remember that time when EXTREMELY LOUD AND INCREDIBLY CLOSE picked up a best film nomination? Or when CHOCOLAT did? The best of the unexpected nominations come out of left field, but they are poetically, perfectly, righteously right.

And this year I cross my hands and pray to the God of Unexpected Nominations that voters have for once, truly experienced fatigue from the relentless studio marketing telling them what is great, and who they should vote for. And that many voters have shunned the consensus and gone for something different. Because lets face it, come tomorrow, the most ink will be expended on the unexpected names that have popped up in the major categories. And by unexpected, I do not by any stretch mean the undeserving.

While 2013 was am uncommonly great year for films in general, female acting shone even more joyously. When was the last time that there were so many amazing female performances within a 12 year period. With such an embarrassment of riches, it is inevitable that many outright tremendous performances will go unacknowledged following the nominations announcement. As the good people at The Film Experience have mentioned, in the category of Best Female Actor alone one can consider two completely different line-ups. One safe line-up would include the names of the previously lauded, the usual suspects, those who voters tend to automatically name-check. This would include Judi Dench (PHILOMENA), Sandra Bullock (GRAVITY), Emma Thompson (SAVING MR BANKS), Meryl Streep (AUGUST: OSAGE COUNTY) and Cate Blanchett (BLUE JASMINE). There is a high likelihood that these are the five names that will pop up on the nominations list tomorrow. Each of these are past winners. And each are more or less household names. Winning another Oscar is not going to fantastically alter the career orbit of either of these five actors.

But consider just as much, another braver, more exciting line-up for the same category: Brie Larson (Short Term 12), Adele Exarchopoulos (BLUE IS THE WARMEST COLOR), Julie Delpy (BEFORE MIDNIGHT), Greta Gerwig (FRANCES HA) and JULIA LOUIS-DREYFUS (ENOUGH SAID). Each of these actors have provided revelatory, utterly disarming performances. Regardless of the considerable value of an Oscar nomination to their career trajectory, so magnificent is their work in these films, that it seems just wrong to have them go unacknowledged.

Of those in the safe playlist I am not going to argue with the brilliance of Cate Blanchett in BLUE JASMINE. If ever we needed evidence of a contemporary acting god, you have it right there with Blanchett in this film. In fact one can make the case that even with the surplus of amazing female performances this year, Blanchett is the true deserving overall winner. Sandra Bullock too has earned her stripes with an unexpectedly intense turn in GRAVITY, a movie that like ALIENS more than a decade ago, no one would have guessed would yield a lead acting nomination. But the other three on the safe playlist, Judy Dench, Emma Thompson, and Meryl Streep, as reliably solid as they are, do not stir anything in your heart with their performances this year, do they? Which of these performances had you hearing angels sing? Why pick them just because we are familiar with them?

Can an Academy member who has seen BLUE IS THE WARMEST COLOR, put their hand over their heart and say that Dench, Thompson or Streep were better than the absolutely transparent, all giving, all consuming portrayal of the central character in that film by Adele Exarchopoulos? Can any of the other contenders match the purity and complexity of the character played by Brie Larson in SHORT TERM 12? Who else but Greta Gerwig can portray a character so immature, flawed, and irresponsible and yet so utterly real as the one we learn to love in FRANCES HA? And how about Julie Delpy in the third installatoon of the BEFORE SUNRISE/SUNSET/MIDNIGHT series who gives a frustratingly recognizable performance as a fiercely intelligent person who is just as prone to everyday neuroses as the next person. Or how about the sunlit wit of and warmth of Julia Louis-Dreyfus in ENOUGH SAID. Note that I have deliberately avoided mention of Amy Adams who has done great work before, but in my opinion does not merit company with the other names on this list for her grand-standing, showy, all-clothes-no-soul performance in the overrated AMERICAN HUSTLE.

So please, the God of Unexpected Nominations, please make it so that at least one of the names from the second line-up pops up tomorrow with the nominations in the Best Female LeadActor category. And follow suit in other categories.

How wonderful would it be if Scarlett Johannson were recognized as an actor at the peak of her abilities in DON JON and HER. Or if the immeasurably ambitious, soulful and altogether unique HER got noticed in multiple categories, including perhaps for Best Picture. Or if ERNEST AND CLEMENTINE is seen by enough voters to nab a nomination in the Best Animated Film category. Or if the criminally overlooked Kyle Chandler were noticed for his two scene, but no less heart-breaking role in THE SPECTACULAR NOW.

Nothing would make me happier than to see a sea change in the habits of the Academy members who ought to realize it is time to vote with their personal instincts and biases, instead of kowtowing to popular trends. It is not going to happen, but a person can hope, can they not?