The San Diego Latino Film Festival is running through its final lap, and there is still an opportunity to sample many a film before the fest concludes this weekend on Sunday, March 17th.

Here are some of the films playing at SDLFF that I watched. The diversity in the scope of these films speaks to the richness of the festival catalog. 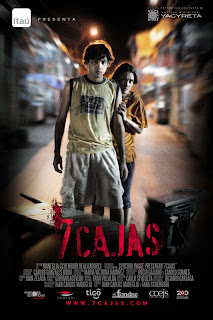 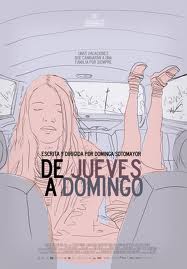 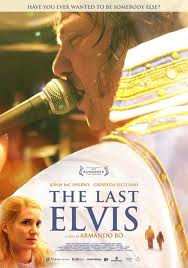 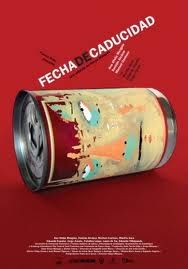 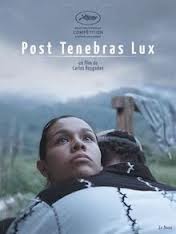 The 2013 San Diego Latino Film Festival (SDLFF) is on, folks! The fest is celebrating its 20th anniversary this year, and it includes a particularly well curated selection of movies. The full schedule is here.

Yes we all like to go to the multiplex to watch the latest blockbuster. At other times, we visit the Landmark Cinemas to catch the smaller films - you know, the ones that have the misfortune of not being backed by Hollywood megastudios or to have gone through a blitzkrieg of advertisement and promotional marketing. But, there is that other movie experience that no true film lover (and who doesn't love movies?) should miss out on: the film festival experience. You might just discover that little gem of a film that is unlikely to get a traditional release. Or if does find eventual distribution, you will have the bragging rights to say that you saw it before anyone else. For example, there is a film screening at SDLFF called 7 CAJAS (7 BOXES). If there is any justice in the world, it will soon find distribution for general theatrical release. But until that happens, how wonderful that you can watch it. Right now. Locally. By paying the same price as a regular cinema ticket. And you will be supporting your local festival scene. 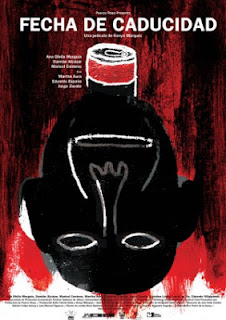 This year, the San Diego Film Critics Society (SDFCS) is endorsing two films playing at the festival. On Saturday, March 16th, FECHA DE CADUCIDAD (EXPIRATION DATE) from Mexico will be screening at 5 PM. Scott Marks of the San Diego Reader, Brian Lafferty of East County magazine, and I will be conducting a Q and A session after the end of this screening. If picking films from the substantial festival catalog intimidates you, here is an easy decision: go see FECHA DE CADUCIDAD. Leavened by the darkest of dark humor, and featuring a mix of the mythic and the gruesome, the movie is elevated further by its regard for characters that are deeply damaged. On Sunday, March 17th, the SDFCS will be championing the 8 PM screening of the Brazilian film FATHER'S CHAIR, which will be introduced by SDFCS members.

There is literally something for everyone at the SDLFF. In addition to the selection of new films there is also a 20th anniversary retrospective of well-regarded movies from the past, including Y TU MAMA TAMBIEN, CRONOS, AMORES PERROS, CITY OF GOD, CENTRAL STATION, OBRE LOS OJOS and ALL ABOUT MY MOTHER. Each one of these is exceptional, and if you have already seen them, here's your opportunity to catch them again on the big-screen. There will be screenings of documentaries, Short Film programmes, a Para La Familia selection of age-appropriate films, a program of Science on Screen which showcases films with an emphasis on science and technology, a Cinegay program, the Un Mundo Extrano program featuring extreme films that prize shock value, and a Cine Mexicano program. This is easily one of the more extensively planned and organized film festivals in San Diego. What is your excuse for not going?

I will be discussing my take on some of the films screening at 2013 SDLFF in a subsequent post.